you make me feel light-headed, forgetful and so happy – and you’re not even here here here. I mean you’re always with me. Don’t get me wrong hanging out with you is heaps of fun. You grew on me. Literally. Duh. But I remember the first time I consciously thought about you. We were in California for a friend’s wedding. Back then you were a scary thought, a big maybe and a probably not. I went with the latter and drank about five buckets of Gin Tonic, several glasses of champagne and a water. To be honest I kind of ignored you. Or maybe it’s better to say I kind of was in denial of the thought of you. „I haven’t peed on a stick so it didn’t happen.“ That kind of thing. „My period has always had it’s own schedule, so this is ‚normal me‘ waiting to get cramps and moody next week.“ And this kind of thing.
We had to come back from dreamy Los Angeles at some point. It was the next week but there were no cramps, no moodiness, no fucking blood. Just me, feeling dizzy and queasy. This time I leaned on my old friend mister jet lag as an excuse. But something felt different. So I did what every freaking female character in a Rom-com is doing at this point: getting a pregnancy test at the pharmacy. The stripe appeared while I was still peeing. Three plus weeks. I could have still denied it but it was impossible. I started throwing up, probably because I was pregnant and probably because I WAS PREGNANT. My doctor confirmed it two days later: „Yup miss, there is a little rice corn growing inside your uterus.“ I was over the moon.

And over the toilet for the first trimester. I’ve never thrown up so much in my life. It was insane. I lost about 5 kilos in 1.5 weeks. Even keeping water in was a marathon. And to top it all off I was supposed to start a new job the day the doctor confirmed the pregnancy. Well…starting a new job and being sick from the first day on is not ideal at all but starting a new job and being pregnant is a whole different story. Or at least it was for me. Ten percent of throwing up was probably allocated to this fact. I’m going to be honest here: it stressed me out. I have to tell them in person, they probably think I did that on purpose, how will my bosses react, how will my new coworkers react…my mind went crazy. I decided to tell them on my second day there. In my eyes it was the fair thing to do and I simply hate lying (I’m also really bad at it) and in retrospective I would do it again. Even though on a personal level they were and are happy for me, they obviously had something different in mind when they hired me. If I kept it to myself longer (you know the stupid 12 weeks “rule”) maybe I would have had an easier start. But maybe not. So, after 1.5 weeks I was able to get to work without throwing up there, feeling anything else but great and telling them the truth. I lasted three days before my body showed me really vividly that it needed more time to get used to all these new hormones. So I was on sick leave again…

But a couple of Nausema pills and banana on bread slices later my mind and my body started to get used to the little new fella inside us. Yeah, we’re a whole team here. My mind, my body and I. And now you. But honestly, it’s true. We became a team. It’s crazy, I’m writing this while I’m eight months pregnant and I can’t imagine being without you. But we’ll get to this later. Back to to around early December (2018) when feeling nauseous was part of our daily life but manageable (I only came close to throwing up on the tube or any other place in public a couple of times but always managed to keep these special moments between us and our toilet).

The air was filling up with merry vibes and I counted the days till Christmas. As the last days of work before the holidays approached I started to feel calmer. T-3, T-2, T-1 and suddenly Christmas was here. Your first Christmas. I started to show a little bit. But why this Christmas will be in my memories forever is that I felt your kick for the first time on 24th.

We celebrated the new year together with your grandparents and some friends at your uncle’s and auntie’s flat in Berlin-Moabit. Oh and by this time the whole family (and friends) knew about you and they are all so excited to meet you. We told both your grand-parents first (of course my mum knew because I had “a glow around me” when we came back from California 😉), then your aunties and uncles and then the rest of the family and all our dearest friends. You already have and will have a lot of love surrounding you and so many volunteer babysitters that your mum and dad will be very happy and maybe not as sleep-deprived as everyone is prophesying it. Who am I kidding, we probably will be but that’s ok.

Fast forward to January. The second scan was up  – the sex scan. Woop. Woop. Bets were at approx. 70% girl and 30% boy and at a 100% healthy cool kid. Your dad didn’t want to know, I did. Not because I cared about the sex (I want to be honest from the start I leaned a bit towards a girl) but I imagined it would make it easier for both of us to connect. And it absolutely did. I did a terrible job of preventing me from slipping by using ‘it’. So when I used the right personal pronoun I did that thing you know… using the other pronoun or smiling really awkwardly back at people and asking “or is it?”. It was a struggle till your dad finally said (after about two months of not knowing): “I have an assumption, so please tell me.” YES.

You are a boiiiii*. When you read this you’re probably aware of it. Or maybe you feel like a girl or neither. I can’t wait to be there when you figure things like these out.

We wanted to stress you as little as possible, so we skipped a few tests and examinations which after hearing different medical opinions and doing our research weren’t necessary or relevant (for us). But we did the one where they check if your heart is pumping and actually inside your little body or if the brain is wobbling around in its right place. This was on January 17th. We were 21 weeks + 5 days along. You weighed about 500g and your nasal bone was about 7.3mm long. Fun facts from the start. In total they estimated you were 24cm by then. Your heart, your brain, your penis (oh mum!) looked good. They said you have a big head and long legs. The head you definitely get from your dad, the legs I’m not so sure.

Around mid February – right on time when I had my first week of vacation – my uterus decided to yell at me with contractions. And she was right. I should have taken more care of you, I did too much other stuff and too little for the both of us. After a week of sick leave and hardcore relaxation on my end it didn’t really get better so my doctor took me off work for the rest of my pregnancy. Eight weeks earlier than planned. Another thing that stressed me out at the beginning but was absolutely the right thing for us in the end. My inner calm and the bump grew. I felt you becoming bigger and your kicks stronger. Around the 28th week the bump made a huge jump and growing contractions helped with that. From day to day I’m more and more impressed by my body and how it knows exactly what to do when. Man, it’s insane what the female body can do and I haven’t even given birth yet!

I love that we have our little routine by now. Waking up at around 5am, you full of energy, doing downward facing dog and I, well trying to keep my eyes open. Peeing. Going back to bed, giving you a little foot massage so you can continue with your acrobatic-karate-fusion class till around 7am when it’s time for the second loo break. And then finally the cool down relaxation phase after you finished exercising and we can both go back to bed and catch up on some sleep. Till dad’s alarm clock goes off at around 8.30am. He is so sweet, sneaking out of the room on his toes, closing the door really quietly and only comes back in to say goodbye, giving us both a kiss (he is pretty good with aiming for my lips – with you it’s mostly your bum 💛). We both do our thing during the day – exercising, eating, afternoon nap, organising the big event in August (celebrating not just our love to each other but actually with you wasn’t planned at all but we can’t imagine it any other way now, it’s the bestestest addition ever), preparing things and getting ready (as best as we can) for you, reading, walking, having guests over and all kinds of stuff. About three hick-ups on your end and a lovely dinner later we end up back in bed. One of us is reading to you “Guess how much I love you” by Sam McBratney. A pleasant back massage, a couple of positive affirmations and a relaxation reading from your dad later we fall into sleep mode. I’m sorry about the whole changing sides every ten minutes during the night but my hip is killing me otherwise.

I like that we already figure things out together. Which position works better for you, where you like to be rubbed, what stresses you out, what calms you down. Even though I lost mine here and there during pregnancy it seems like you already found your personality. It’s hard to describe but I feel like I already know you and…

Mister, you amaze me already.

noch mehr lesen Being a mum

Today is mother’s day. Although I’m in awe with what all the mothers around me (and on this planet really) achieved and achieve every day year round, today feels a bit different. With being pregnant and waiting for your arrival … weiterlesen

Hey fatty! Or another thing that is wrong in our society

I’ve been thinking about this one for a while now. Actually I can tell you exactly since when: the first time I’ve began to show. As lovely and warm the wishes and congratulations are as upsetting are the comments about … weiterlesen

you make me feel light-headed, forgetful and so happy – and you’re not even here here here. I mean you’re always with me. Don’t get me wrong hanging out with you is heaps of fun. You grew on me. Literally. … weiterlesen 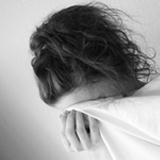 send me an email: